Shattered Illusions: ‘Intervention’ and How A&E Got Rich Off of Recovery

Posted on October 15, 2012 by Christine Galotti

Do these faces look familiar? 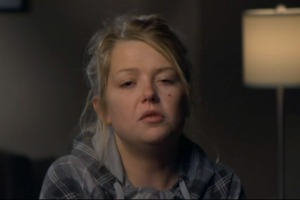 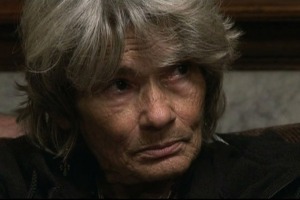 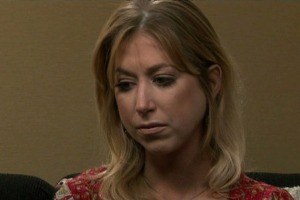 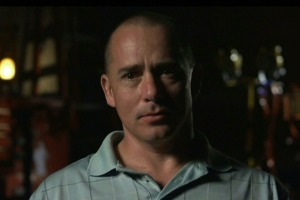 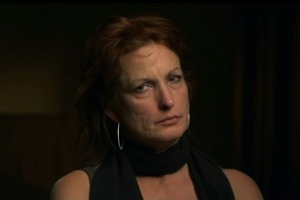 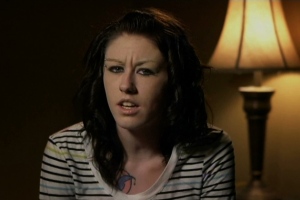 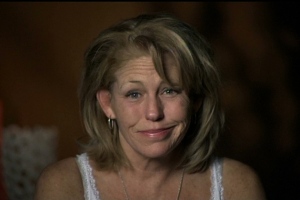 These are the faces of A&E’s hit reality television series, Intervention.

Each of them are white and every one of them has their own story to tell, or rather has a version of their story told for them – by friends, family and the show’s network narrators. I have been watching this series on and off for a couple of years now. It is very intriguing and, needless to say, has brought its network (A&E) so much success, that can be measured in both dollars as well as credibility. In fact, Intervention reports a 70% success rate for its “participants” – using a method of intervention known as the Johnson style. This traditional model typically yields a 30% – 40% success rate, meaning that those who undergo one such style of intervention report sobriety one year after treatment. But the folks down at A&E have separate standards by which they measure success. In her lecture earlier today, Professor Daniels shared with our class that several people have died since their episode featured on A&E, but were counted as “successes” simply for having completed their 30-day-or-so treatments.

But aside from revealing those not-so-inspiring truths about Intervention’s so-called-success rates, Professor Daniels lecture and article on, “INTERVENTION: REALITY TV, WHITENESS, AND NARRATIVES OF ADDICTION,” did work to truly deconstruct those narratives told by A&E’s Intervention, exposing their representative biases. The show is predominantly heteronormative, in that it almost exclusively deals with heterosexual individuals – rarely featuring those identifying as gay, lesbian or bisexual. Furthermore, the show is totally cisgender in that it has not featured transgender individuals or those identifying as genderqueer (i.e gender identities other than man or woman, which do not adhere to binary categories of cisgender normativity). In terms of sexual diversity, Intervention consistently ignores the wide ranging reality of sex-gender variance among ‘substance abusers’ alike. 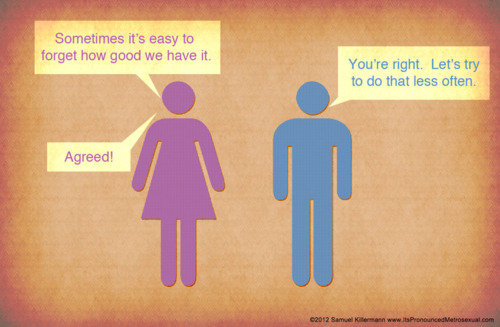 So what are the dangers in framing representations solely along heteronormative lines? It occludes differences among what substances impact which communities (and how). It undermines the legitimacy of human variance. How can something (or someone) be regarded with any real validity if it (or s/he) continues to go unrecognized? But those blind spots (unfortunately) do not stop at sex, gender and/or sexuality. Intervention features [cisgender] men and women equally on their program – meaning 50% of the episodes feature men and 50% feature women. However, this seemingly non-biased representation of addiction is skewed. Real life statistics paint a very different picture pertaining to substance abuse and gender.

According to the Substance Abuse and Mental Health Services Administration (SAMHSA):

In all cases, males accounted for more or heavier usage of alcohol, which just happens to be the predominant substance featured on A&E’s Intervention as the abused drug of choice. But in the case for alcohol consumption/abuse, women are being over-represented, as such 50/50 narratives of addiction do not properly mirror reality. Daniels further elaborates on such (mis)representations in her piece on, “INTERVENTION: REALITY TV, WHITENESS, AND NARRATIVES OF ADDICTION,” as she deconstructs the show’s deployment of medicalization, biopower, and governmentality. These Foucaultian buzz words indicate certain regulated processes of policing bodies that are racialized as they are gendered, according to strict standards of health and morality.

We have discussed some of the ways in which A&E’s Intervention disproportionately features women as addicts, and furthermore how the show systemically constructs a heteronormative binary world of just men and just women; failing to mirror reality on both accounts. Daniels also focuses on the series’ depiction of addiction as whiteness in crisis. That is, social privilege being wasted: “wasted whiteness,” as the show rarely features men and women of color. This works to reify certain punitive measures surrounding race and addiction that are present in society at large; that is to say that the State penal system punishes racial/ethnic minorities while “self-sufficient [white] citizens” are subjected to more “neoliberal regimes” of bodily regulation.

We can draw parallels from the show’s narratives of addiction to the ways by which we conceive of race and addiction in our every day lives. By constructing addiction as both badness as well as sickness, A&E’s Intervention effectively justifies popular notions of moralizing health that are the productive rhetoric of biopower (hard at work). The show’s representations of race, ethnicity, sex, sexuality and gender contribute to hegemony, as they are skewed. It is imperative that we remain critical of these makeover reality television series, which aim to construct certain capitalist qualities as desirable (i.e. heterosexual relationships, and in the case for women, beauty).

Let us unpack these narratives, so as to reveal the neoliberal mechanisms by which they have been articulated.

Posted on September 21, 2012 by Christine Galotti 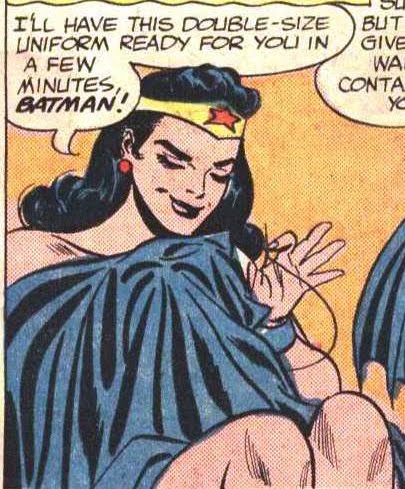 In her famous piece titled, “Compulsory Heterosexuality and Lesbian Existence,” Adrienne Rich argues, “A feminist critique of compulsory heterosexual orientation for women is long overdue.”  Rich wrote and published these words in the summer of 1980; that was more than thirty years ago.  I think it’s important to understand “compulsory heterosexuality,” as defined by Rich so as to trace its implications in the past and present discourses surrounding violence against women.

Our course on Feminism, Health and New Media teaches that Rich argues, “violence against women is one of the primary mechanisms men use to control women and ‘enforce’ heterosexuality.”  How might deploying violence be used as an effective tool by which to enforce one such hetero-normative social order?  I think Rich’s argument details the social construction of heterosexuality as a sexuality not based in biological origins but rather along the lines of cultural acceptability (i.e. hegemonic norms and the like).

Rich’s scholarly journal article was significant then as it is reflective now of a time and place in which lesbian discourse was not granted its fair share of authentic representation in the feminist movement and larger social arenas.  On the contrary, lesbian existence was viewed as deviant or alternative to a so-called-normal or normative feminist lifestyle.  Rich presents lesbian existence as one that is not only legitimate, but also one which can provide women with a, “source of knowledge and power.”  It is the heterosexual relationship that Rich views as problematic or, “disabling,” for women.

Rich aims to place [compulsory] heterosexuality under the microscope for critique and analysis as an institution by which women’s drive toward heterosexual relationships is rather externally influenced than internally desired by some fixed nature of sorts.  This theory of sexuality rings quite different to contemporary Lady Gaga standards of biological predispositions (i.e. born this way).  How are we to resolve this theoretical duality surrounding sexual orientation as predetermined by nature or post-determined by culture? 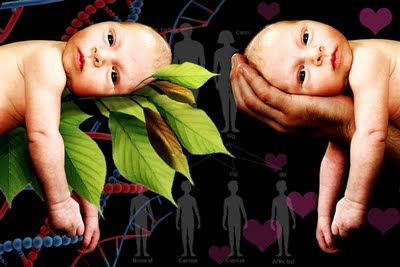 Nature Versus Nurture, from Google Images

At initial glance, it might appear that one theory is dated while the other is current – based in cold, hard, scientific facts (i.e. the gay gene) and so one.  Theories of sexuality range from the very narrow to the very broad.  I tend to air on the side of Freud, actually, whom Sociology has reclaimed after [American] Psychology spit him out like an old piece of chewing gum with no more minty flavor, and in many ways was the original queer theorist.  That is, Freud referred to what Donna Haraway has coined as natureculture, all one word, meaning that reality of no clear division between the two.  Babies don’t sexualize other beings in an adult context so much as they follow drives that are influenced by external environments while simultaneously developing according to one’s own personal nature.  This is not to say that I believe sexuality is a choice so much as I am not entirely sure that it is a rigid, biological construct (rooted in our DNA, so to say).  I tend to believe that it is a much more fluid concept which we as humans experience and desire indiscriminately – UNLESS there are such things at hegemony.  Oh yeah, then the idea of choice becomes complicated.

Rich was referring to that heterosexual matrix – which is a term coined by Queer theorist, Judith Butler, meaning the socially acceptable order of: biological sex, socially constructed gender and sexuality all in so-called-harmony with one another – in her work on, “Compulsory Heterosexuality and Lesbian Existence.”  So if one is born male, it is expected that this individual will perform the gender role of boy, then man later on in life, and desire women, and only women, sexually.  Rich found this matrix to be disabling for women because it granted more autonomy and agency to the male gender role and took away or subtracted from female empowerment via Heterosexual integration and Homosexual segregation.

Can we observe contemporary examples of this unequal gender axis in media images?  Yes, oh yes we most certainly can.  Where does one begin?  Just pick up ANY magazine and observe the purposeful postures of men (as dignified) and women (as subordinate and/or silly, childlike).  Below is a link to an amazing docu lecture given by Jean Kilbourne on advertising’s images of women and the trivialization of violence against women.

Our Hons 201 class states that in our readings, “Caputi argues that the U.S. is a society and culture obsessed with sexualized images of the murder of women.”  I would have to agree with that statement – cultural images of partner and domestic violence normalize and eroticize such abuses – and I believe one of the reasons for our culture’s trivialization of violence against women stems from comupulsory heterosexuality and the gender roles imposed unto us.  One of my WGS Professors put it plainly when she said that gender is not only a source of pain, but it is also a source of simultaneous and conflicting pleasure.  Why else would the following song be so popular to young people?

And the Internet’s role?  It provides a means by which to popularize such media, as well as a space in which such overt and covert messages can be discussed, critiqued, analyzed and supported.  I don’t believe the Internet is to blame so much as it enhances communication.  Whether that communication takes the form of support or resistance is subjective.

This blog is about gender and all its intricacies... I will be blogging about latest research, reflections from my work with gender-expansive and transgender clients, as well as information about resources.