What’s So Feminist About #Frankenstorm?

Posted on November 3, 2012 by Christine Galotti

Several days ago, our class received an email from Professor Daniels suggesting that we respond to some current events touching on gender, race and feminism. Included in this email was a link to Professor Daniels’ recent blog post on Racism Review, titled, “Is (Hurricane) “Sandy” a White Name?” The article was insightful as it was informative. Daniels posed the significant question:

“Does it matter what name a storm gets called?”

After reading this post and several of its comments, I started to think about the chronic gendering of nature, which our [Western] culture has been guilty of throughout history; not to mention the inherent stigma attached to femininity. Among many thoughtful messages of safety and well-being, I received several texts and tweets referring to the so-called-bitchy nature of (Hurricane) Sandy: her brutal wrath; hell hath no fury like a woman scorned, etc. The implications of which are dangerous in reifying negative female stereotypes about uncontrollable emotional rage. Let us remember we are discussing a hurricane and not a woman when we discuss “Sandy” and its devastating effects. After all, many individuals refuse to conform to one such categorical gender, so why force natural disasters into that same [false] binary construction?

But beyond name blaming, there are many other issues surrounding this recent disaster, which indeed necessitate a feminist critique. And that leads us back to the discussion of a hurricane – the second consecutive hurricane to DIRECTLY impact the New York-New Jersey area, among many other 2011/2012 tropical storms, since 2011’s Hurricane Irene. Now I may not be very old, nor wise, but I have lived in southern New York all my life – that’s twenty-some-odd years – and I can assure you that THIS IS NOT NORMAL. What I mean by normal is normative weather for a location like the north-eastern United States. And if you haven’t already guessed it, yes I am referring to global warming.

Ding, ding, ding, ding, ding! I said it: the controversial buzz word of all dismal realities. And I hope it goes without saying that what New York & New Jersey are experiencing right now include the devastating effects of one such complicated occurrence. New York City Mayor Michael Bloomberg has publicly announced his support for incumbent presidential candidate Barack Obama on the basis that opposing candidate Governor of Massachusetts Mitt Romney has not adequately acknowledged the effects of man-made global warming and thereby has not contributed to the safeguarding of our fair city of New York (and not to mention the planet).

“Mr. Obama was the better candidate to tackle the global climate change that he believes might have contributed to the violent storm, which took the lives of at least 38 New Yorkers and caused billions of dollars in damage.” -Mayor Michael Bloomberg

I took this photograph right outside my sister’s apartment on East 26th Street, between 1st and 2nd Avenue in Manhattan on October 30, 2012.

So what makes climate change a feminist issue? Climate change is planetary change, meaning it affects every intricate level of [human] life. It dictates population control policies, public control over drinking water versus private, adequate access to contraception, education and the right to work, to name a few. So as New Yorkers, we are currently dealing with the immediate effects of Hurricane Sandy – in the wake of all its chaos and destruction – but I encourage all my fellow citizens of the planet to wake up and observe the larger picture, the one that is STARING us all in the face.

Let us remember that on election day this November, when we cast our votes for the consequential in/action of environmental protection by the United States for the next four years…

4 thoughts on “What’s So Feminist About #Frankenstorm?” 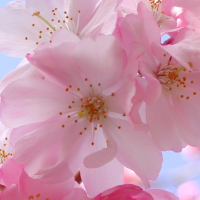 This blog is about gender and all its intricacies... I will be blogging about latest research, reflections from my work with gender non-conforming and transgender clients, as well as information about resources.