The Business of [Westernized] Healing

Posted on September 10, 2012 by Christine Galotti

Me (center) with my two older sisters, Angela (right) and G (left) Galotti

I am the proud little sister of two brilliant future doctors: Angela and G. Galotti, my sisters and closest friends.  Angela is a third year medical student here in New York City at NYU and G. is a second year medical student at Stony Brook, on Long Island – where we three grew up.  Their experiences of working at two different teaching hospitals has educated me on the various cultures of medical schools and of hospitals.  Last week’s class discussion about health care in America and women’s relationships to the health care system prompted me to write this blog post, as I felt that certain important points of discussion were otherwise occluded.

Some of the students in class on Thursday expressed a sentiment of grief with doctors, or rather doctors’ tendencies to pathologize what could potentially be viewed as natural.  It would be unfair of me to assume what other people meant by their reinstating frustrations with doctors, but – from what I gathered – there was a particular sense of resentment towards the medicalization of bodies in the diagnostic/treatment process.  This speaks to the precious relationship of doctor-patient that is all about healing.  I agree with most of those who feel that there is, more often than not, a disconnect between the healer (i.e. physician) and the healing (i.e. patient). 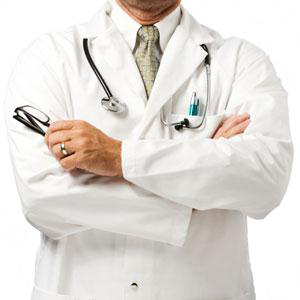 But where might that disconnect stem from?  And is it fair to place sole blame and responsibility on the part of the physician, or rather can we locate the source of such frustrations in the overlapping system of health care in America itself?  Okay, so these questions are obviously leading, to say the least.  But I want to make clear that we cannot discuss physicians as a monolithic group – just as we cannot discuss women as a monolith, sharing in like experiences, when we know that simply is not true.  Analyses, or rather respectable ones, always include context; it is imperative to understand an individual’s physical, social and historical location.  Just ask any Transnational Feminist.

Those physicians who decide to go into primary care (i.e. the doctor you visit annually for a check-up, or your ‘family doctor’) most likely value that doctor-patient relationship.  How is this a safe assumption?  1.)  Primary care physicians adopt further responsibilities/burdens of owning and running their own business as opposed to working for a hospital & 2.) Primary care physicians, on the whole, earn considerably less than those who choose to go into surgery or other specialized fields.  This is why so many mid-level practitioner positions are becoming more and more popular (i.e. nurse practitioners and physician’s assistants (PA’s).

I have been told by my sisters and by other medical students alike that it is less and less enticing for a medical student to pursue primary care, as the overwhelming costs reap underwhelming benefits.  If time is equal to money and patients are a source of money, then more money is obtained by and through seeing more patients in one working day as opposed to seeing less patients per day with whom more time and attention was spent.  So one’s ideals of nurturing that precious doctor-patient-healing-relation tend to diminish by virtue of the cold hard facts that running a [health service] business will inevitably yield.

The problem with the health care industry in America is just that: it is an industry by which to obtain profit.  Health care is viewed as a responsibility of the welfaristic State in many communistic or socialized national states, and not as a business – as it is often viewed here in this country by insurance companies and citizens alike.  This is not to reify yet another false dichotomy of the capitalistic United States versus the socialist Europe and elsewhere, but rather it is to draw attention to this money making business we call healing.  And frankly, many people have [more than] the right to be fed up.  But in crafting one’s argument around the issue of doctors, it is necessary to understand the various factors which contribute to the lack of resources faced by both patients and, believe it or not, primary care physicians on the whole as well. 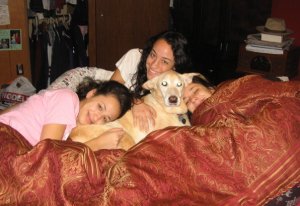 Me (center) again with my sisters, Angela (right) and G (left) Galotti with our beautiful, late dog, Sandy (yellow dog with the cute face).

This blog is about gender and all its intricacies... I will be blogging about latest research, reflections from my work with gender-expansive and transgender clients, as well as information about resources.